You are here :
Secondary menu. 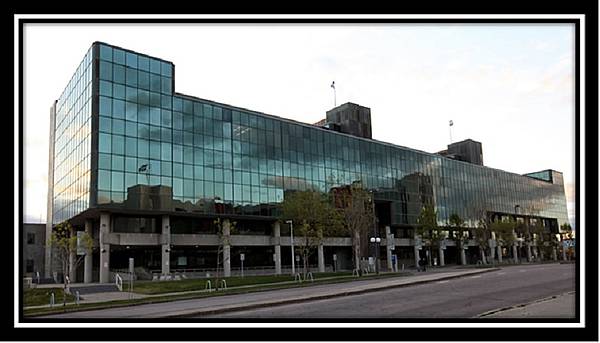 The Quebec City Court House opened its doors in 1983. The construction of a new court house became necessary in the early 1980s since the premises of the former court house, located at 12 rue St-Louis (near the Château Frontenac) no longer met the needs of the regional population. The current building houses not only the Court of Appeal of Quebec, but also the Superior Court, the Court of Quebec and the federal courts (the Federal Court of Appeal, the Federal Court, the Court Martial, and the Tax Court of Canada). 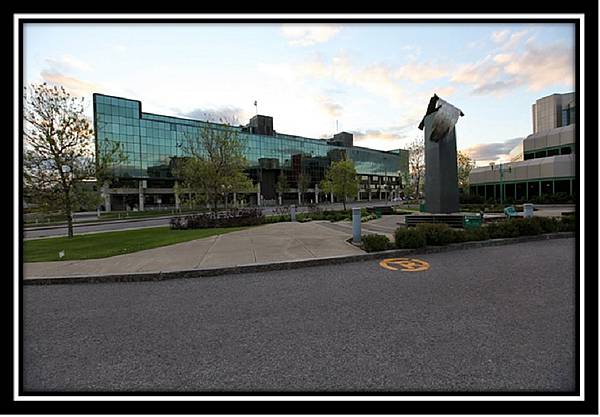 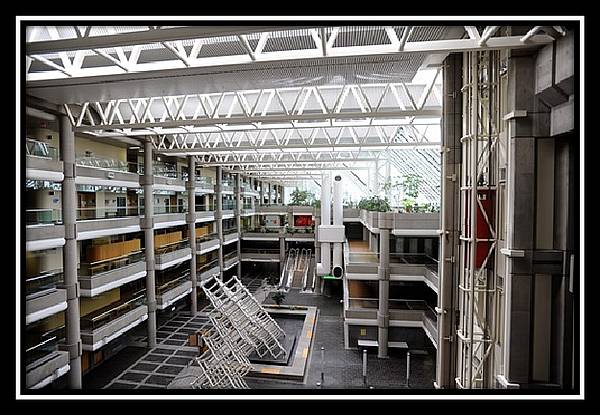 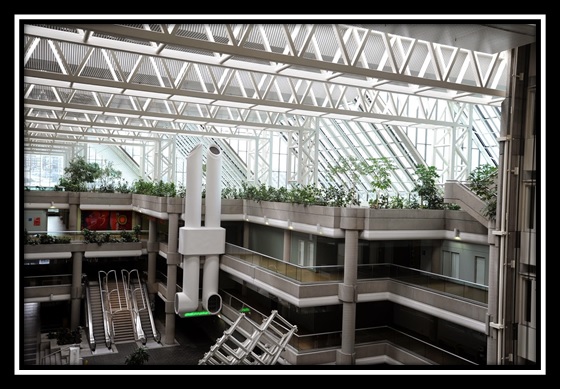 The new building is bordered by the St-Charles River to the north; rue St-Paul to the south; rue Ramsay to the east and the Dufferin Highway to the west. Two factors motivated this choice: first, ease of access at the convergence of the highway and boulevards Charest, Champlain and des Capucins, and second, the revival of the St-Roch neighbourhood.

The six-story building includes a vast atrium connected to a three-story garage, built beneath the highway. This raised several very unique engineering challenges. The building is divided in four sectors of varying shapes. Each sector is marked off by expansion joints, such that each sector is in fact its own distinct building.

The construction site itself also posed a serious challenge. Remnants of the docks of the old port which had to be removed, backfill and sediment from the river, and the depth of the geological basement all complicated the plans for a foundation. In addition, Quebec City is located in a seismically active area (Zone 3).

Reinforced concrete was chosen to construct the principal frame of the building because only a concrete framework would support the architectural design. Steel was required to build the roof of the atrium, whose unique architecture gives the entire building a distinct character. The vertical and inclined planes of the metallic structure, which enclose only part of the building’s surface, are entirely covered in glass. 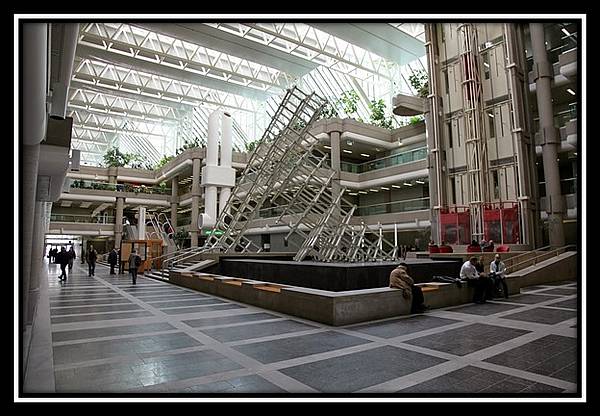 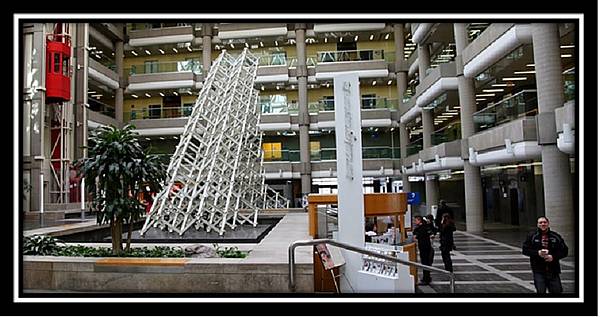